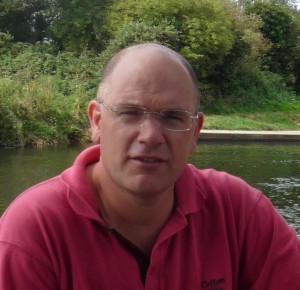 Since 2004, Tom Hooper has been the Manager of Finding Sanctuary, a project that is working with stakeholders to design a network of MPAs across 93,000km2 of sea in South West England. This project has led the way in the UK in an innovative, stakeholder-driven  approach to MPA planning that has been rolled out across three other regions in England to present a national network to Government in 2011. The project has developed a number of GIS and practical tools that have been used to assist with good stakeholder decision making. His primary interest and expertise is in network scale MPA planning and stakeholder decision making.

Tom Hooper has an MSc in Tropical Marine Ecology from the University of Newcastle and has worked on fisheries projects in Tanzania, Madagascar and Zimbabwe. He spent six years on the Indian Ocean Island of Rodrigues leading a programme of marine research and education that culminated in four MPAs being gazetted in 2007. He was awarded an MBE in 2004 for services to Marine Conservation and he is a trustee of the Marine Education Trust. Between 2007 and 2009, he built a partnership of MPA practitioners across Spain, France, UK and Portugal to form the MAIA project which is being led by the French MPA Agency.